Posted by St. Louis Catholic Church Gallipolis, OH at 10:19 AM No comments:

Pastor’s Notes - Many see today’s parable about the dishonest steward as confusing. A superficial reading could suggest that God approves of the steward’s dishonest practices. What is Jesus trying to tell us?

The first thing to consider is that the rich man in today’s gospel does not stand, as in many of Jesus’ parables about masters and stewards, for God the Father. Second, the steward’s dishonesty is likely not about what he told his master’s creditors to do. More than likely, his dishonesty was what got him fired in the first place. Many commentators think that the steward was padding his master’s bills and then raking off the difference. In telling the creditors to write a bill for less, he was just telling them to put down what they really owed the master. In so doing the creditors would think that the steward was giving them a break (not knowing that he had been cheating them all along) and therefore give the steward help after he lost his job.

The real point that Jesus seemed to want us to get was that when it come to the things of this world, we take the initiative and do whatever is necessary to make sure we have food, shelter, clothing, as well as whatever creature comforts we think we need. But when it comes to taking the initiative to make sure we will be provided for in the next life, we usually fall short. The dishonest steward was willing to give up his graft because he figured that he could obtain a more secure future by making friends with the creditors. By contrast, when it comes for preparing for eternal life we often fail to take any initiative at all forgetting that whatever we have in this life is only transient. That gets to the point of what Jesus means by dishonest wealth.

By dishonest wealth, Jesus does not mean the wealth we gain by lying, cheating, or stealing. He means worldly wealth. The wealth we have in this world has only a temporary value. Money, power, possessions, prestige, etc. may seem to have a lasting importance but in reality that appearance is deceiving. Lasting wealth is the treasure we build up in heaven. Honest wealth is what comes from being happy with God forever. Jesus is telling us that we need to use the “dishonest wealth” we have in this life to help us gain the true wealth He offers us in heaven. Once again, our material goods are to be a means to an end, not ends in themselves.

Giving alms and doing good works are the ways Jesus tells us that we use the things of this world to open ourselves to the grace He wants to give us. The more we use the “dishonest wealth” to do good, the greater capacity we have for receiving that grace. By using the things of this world in loving service we show ourselves to be good stewards and never have to worry about being fired.  Further, we will be willing to sacrifice immediate gains of dishonest wealth in the hope of gaining the true wealth of eternal life. 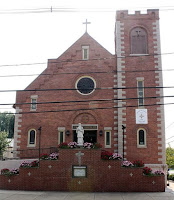